A new research report from Teesside University has found that while people have concerns about reaching net zero carbon emissions by 2050, support for a greener future post-pandemic is strong. 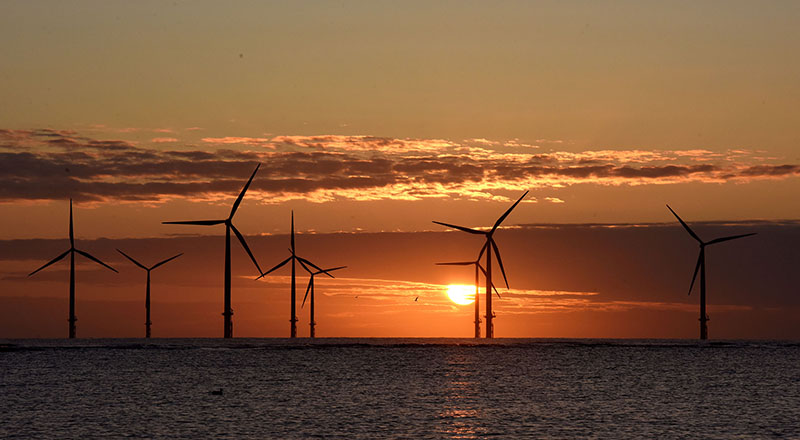 The research, conducted by YouGov and commissioned by North of England gas distributor Northern Gas Networks, also saw one in three people (30 per cent) say that they are unsure whether Great Britain could be carbon neutral within the next 30 years.

However, with the Covid-19 pandemic continuing to disrupt the economy, the report also concludes that people want to see greener policy commitments at the top of the agenda when the country begins to ‘build back better’.

The research finds that close to two-thirds (64 per cent) of respondents think that the country should take the opportunity to rebuild the post-pandemic economy in a way that is greener and better for the environment.

The research also found that:

The report, A Climate for Change, investigates the current public attitudes around climate change and the shift to greener energy sources, as well as economic and environmental priorities. It has been written by Professor Matthew Cotton, Senior Fellow of Human Geography and Environmental Studies at the University of York and Chair of Public Policy at Teesside University.

Professor Cotton said: “The findings clearly show that public support for a green recovery is strong. It is significant in the current circumstances that the youngest survey respondents prioritised green innovation ahead of job creation, considering the negative impact of Covid-19 on the labour market that many in this age group will now be entering.

“Reaching net zero requires big, but achievable, changes; both to society and to the ways in which our economy can grow sustainably.

“As individuals, the concept of ‘think global – act local’ is relevant. The benefits of ‘building back better’ are not limited to the environment and regaining economic prosperity, but also to the opportunity to promote positive social values and bring diverse groups together, as highlighted by many people taking part in our research.

“Businesses have a responsibility to provide environmental and community-led initiatives as part of the nation’s recovery.”

The report follows the £160 million post-pandemic Ten Point Plan for a Green Industrial Revolution that was announced by Boris Johnson in November 2020, and the subsequent Energy White Paper ‘Powering Our Net Zero Future’, which outlines a range of solutions to address current climate issues, with the move to boost hydrogen production being central to the government’s proposals.

The North of England is driving forward innovation in green infrastructure and collaboration between government, industry and private business is powering growth in a new hydrogen economy.

Northern Gas Networks is involved in several research and demonstration projects within Yorkshire, Cumbria and the North East, each designed to help the country achieve its net zero emissions target.

It commissioned a second YouGov survey for the report, to investigate the opinions of residents in Northern England, which has found that:

Reaching net zero requires big, but achievable, changes; both to society and to the ways in which our economy can grow sustainably.

Mark Horsley, CEO of Northern Gas Networks, said: “Our research nationally and in the North of England demonstrates clear public support for urgent climate action. The findings also show that Great Britain is firmly behind green innovation as we look towards a post-pandemic recovery. Key to making that happen is collaboration between government, the public sector and other industry leaders to drive forward the debate.

“However, this research also suggests that, when it comes to specific transitions to alternative energy sources such as hydrogen, public awareness and understanding is very low. People want to know more about how a change to hydrogen will affect them, their bills and their existing household appliances, such as boilers.

“At Northern Gas Networks, we are listening to what our customers tell us about a transition to hydrogen, and we are already working in partnership on a number of demonstration projects exploring hydrogen as a safer, greener fuel of the future.

“These projects are essential for engaging local communities in climate action and innovation, and for educating the public so that they can have an informed view on hydrogen as a fuel for the future along with other green energy sources.

“For example, our HyDeploy pilot study in Winlaton, Gateshead will see 670 homes and businesses begin using blended gas containing 20 per cent hydrogen in the local network, supplied through the existing infrastructure. And just last month we announced that, in partnership with gas distribution network Cadent and the Department for Business, Energy and Industrial Strategy, we will build the first homes to demonstrate 100 per cent hydrogen-run appliances to the public.

“While we are driving forwards the green transition, we need government to play its part by providing investment and leadership. Ahead of the UK hosting the United Nations Climate Conference, COP26, later this year, the time is now for the Government to demonstrate the robust policy framework that is needed to achieve net zero carbon by 2050.”

The report outlines key recommendations including: