Since graduating, Dan has undertaken research in China, at the Institute of Software Chinese Academy of Sciences, and he now has a job in Japan. 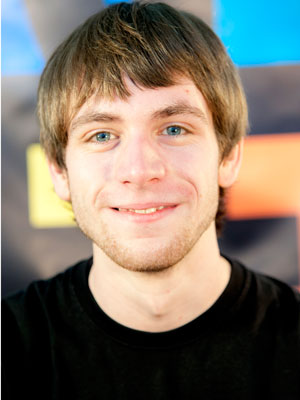 What did you enjoy most about your time at Teesside?

Looking back, the friendships – both professional and outside of University – that I have created were one of the most valuable things.

How did your time at University help develop your career?

Although I was taught a lot at Teesside, I feel that the most important takeaway was the pathways opened and newly created skills and interests that I didn’t even know I had.

Did you use the careers service at Teesside University?

Yes. Before I graduated, and throughout the process after returning to the UK, the Careers Service was exceptionally helpful. I received advice and mentorship to help me through the process, which definitely kept me on track, motivated me to keep trying, and gave me plenty of practical ideas.

How has your career developed?

Shortly after graduating, I moved to Beijing, China, to research in physically-based animation at the Institute of Software, Chinese Academy of Sciences (“ISCAS”). After returning to UK, I originally intended to return to ISCAS to pursue an MSc and PhD, but after inspiring talks at the Teesside graduation ceremony, I decided to try a different route. At this point, I had focused on Japan. My initial research consisted of building my own database of games and software studios within Japan using GameDevMap and LinkedIn, and then sorting them into appropriate categories. I also used the Alumni group on LinkedIn to advertise my interest in Japan, which gained me multiple valuable contacts. After a large enough database was established, I fine-tuned my results to include studios I was serious about applying to, and then researched them online, finding employees, when possible, on LinkedIn. During this process, I found an ex-student of Teesside who was working in Japan, named Dani. Dani has studied my exact course, but five years ago. I asked him for some friendly advice, and he was extremely helpful. Coincidentally, the company he works with were hiring as I asked for advice, and I was advised to apply. A few weeks later, I was given an interview. After the technical test and interview, I was promptly informed I had been successful in my application, and took the job without hesitation.

What are your ambitions for the future?