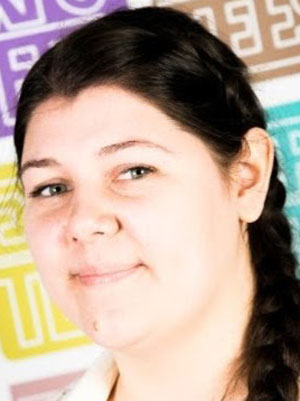 When I visited Teesside everyone was so passionate about animation and so warm and friendly that I knew I wanted to go there straight away.

How did you find out about Teesside University?

My mum was helping me look online for universities that had good animation courses and we found Teesside University came up a lot. One of my teachers mentioned a different university so I visited both open days and I’m so glad I did. When I visited Teesside everyone was so passionate about animation and so warm and friendly that I knew I wanted to go there straight away.

Why did pick your chosen course?

Originally I was looking at media related courses. But after looking at a few universities I realised I wanted to study animation, and chose Teesside because it has a reputation as one of the best universities for animation in the UK.

Tell us about your career since graduating?

Before graduation I was doing some freelance post-production work on the film Irene’s Ghost for the University, which I had finished working on in my final year. The University had more freelance work to offer me after graduating but I accepted a job as a film runner at Moving Picture Company (MPC) in London. I worked hard at MPC and continued with personal work in my spare time. I left MPC after two months, when I started working at TT Games as a junior character rigger. After a year of developing my rigging skills there, I accepted my current job at Weta Digital.

Describe your current role, your main duties and achievements?

I’m currently a junior motion research and development technical director at Weta Digital. We do high-end visual effects for films, TV shows and adverts. Weta Digital is probably best known for its work on The Lord of the Rings. I am responsible for supporting the animators. When an animator has an issue with one of the tools or problems with their scenes, renders or publishes, I will fix those problems for them. I also occasionally get the opportunity to develop the tools and systems used here.

What are your ambitions for the future?

I hope to become more integrated at Weta Digital and look forward to having more opportunities in developing systems and tools. I’m extremely excited about upcoming projects and hope to make significant contributions to those projects and to the company.

Would you recommend Teesside University and your course?

Definitely! The course taught me the skills I needed to get into the industry and the student facilities are right next to the tutors' offices so they were always around to help. I learnt a lot of practical skills that have been useful, but the most important skill I learnt was the ability to take criticism. It’s something that’s extremely difficult to teach, but I found that regularly getting verbal feedback from the tutors really helped me to not only accept critical feedback, but to apply it as well.