Teesside University PhD student Maria O’Hanlon is examining the relationship between mitochondria – the part of the cell that converts food into energy - and Parkinson’s disease, by studying the role of mitochondrial proteins in Drosophila (fruit flies). 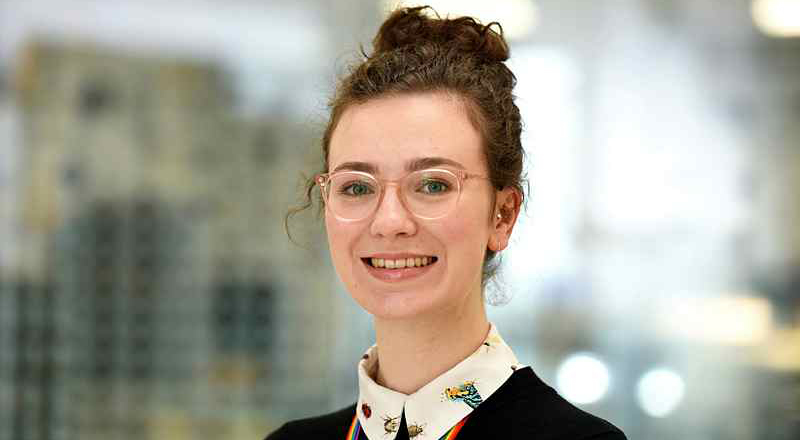 She is specifically looking into a potential rescue mutation in a part of the mitochondrial electron transport chain, which can be used as a target in the treatment of inherited Parkinson's disease. This research is part of the wider work of Dr Tora Smulders-Srinivasan , who is researching the role of mitochondria in neurodegenerative diseases. Parkinson’s disease can be sporadic or inherited. When an individual gets Parkinson’s disease, it slowly damages the central nervous system and the cells in the brain that make dopamine die.

Dopamine is a neurotransmitter, sending information to other cells to make the body perform actions. As the body’s motor system stops functioning properly, this results in a visible tremor, speech problems, stiff muscles and movement problems. Exactly what causes the loss of these brain cells is not currently known.

The use of fruit flies in disease modelling is well-established as they share 75% of the genes that cause diseases in humans, including many of the genes associated with human Parkinson’s disease. Flies have an in-built behaviour to climb, and this is affected by dopamine in the same way as certain motor behaviours are in people. Focusing on performing behavioural assays, Maria is able assess how well Parkinson’s disease flies climb/fly compared to normal flies, and if the introduction of a mitochondrial mutation improves the flies' climbing ability.

As this disease is characterised by the death of dopaminergic brain cells, Maria is using a specific type of staining called ImmunoHistoChemistry (IHC) to look at the changes between normal fly brains and diseased fly brains, and whether introducing a mitochondrial mutation will decrease the death of brain cells in Parkinson's disease flies. Using the same methodology Maria is also testing new chemicals that have been derived from a current Parkinson’s disease medication to see if they alleviate Parkinson’s disease symptoms in the flies.