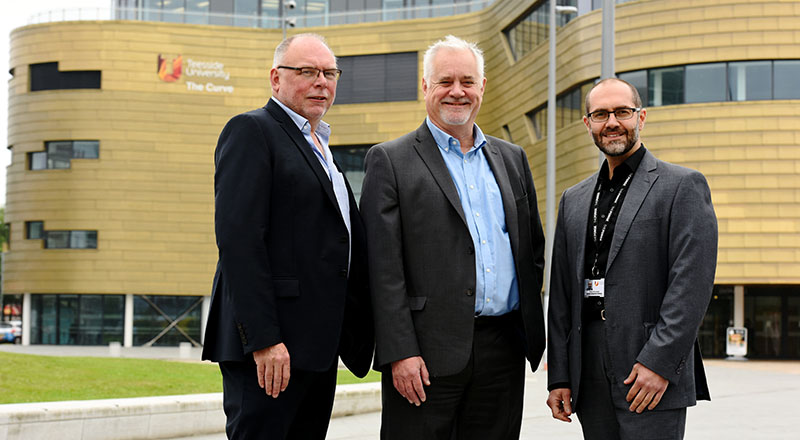 Professor Gary Montague; Malcolm Knott, Managing Director of ITS and Omar Al-Janabi, business innovation manager at Teesside University who provided consultancy to ITS.

Professor Gary Montague, from the University’s School of Health & Life Sciences, said: “We undertook this project in anticipation of future regulation in the food manufacturing industry to reduce levels of acrylamides.

“The National Horizons Centre was established to facilitate the relationship between academia and the bioscience industries and the success of this research is proving that the facility is already beginning to make a huge impact.”

Our organisation is very impressed with the level of knowledge and in-depth questioning that came for the University...The staff from the University were just like one of the on-site team.

A spokesman for the manufacturer, which is remaining anonymous, said: “Our organisation is very impressed with the level of knowledge and in-depth questioning that came for the University.

“It made us think a little more outside the box and helped challenge some of the assumptions we had made previously. The staff from the University were just like one of the on-site team.”