James is enjoying his career as a physiotherapist and has already worked for numerous football clubs.

Gaining my degree and meeting inspirational people was the essential catalyst to my career. 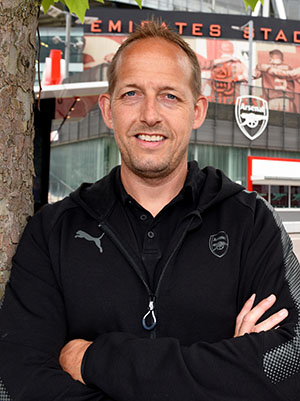 Tell us more about the course

The course was tough but enjoyable – it was worth it knowing that once we graduated we would be trained as competent physiotherapists. A large part of the second and third years centred around placements within hospital settings which was challenging but also made the course really relevant and vocational.I really enjoyed the anatomy and physiology modules as well as the sports injuries module. I also enjoyed the hospital placements, especially those with a musculoskeletal emphasis. As a cohort we were fairly tight knit and established good friendships. Many of my class mates remain friends and we still catch up now.

Did you do a placement as part of your course?

A core element of the course was to complete 1000 hours of supervised practice so we all did lots of different placements. Each placement had its own benefits but I was fortunate enough to do two placements with one of the lecturers, Julie Sparrow - a physiotherapist with extensive sports experience. This opportunity inspired me further to pursue a career in sport. As a student I also managed to do an elective placement with Newcastle United's Academy which further cemented my interest in sport physiotherapy.

What did you think about your University accommodation?

The accommodation was great. I lived in halls for all three years of my course and even ended up being a resident’s warden in my final two years which helped me pay some bills along the way. The halls were very close to the University and I enjoyed my time there.

Were you part of any clubs or volunteering programmes during your studies?

I became the student rep for our class, which turned into me becoming a regional rep for the North East and ultimately chair of the student body of the chartered society of physiotherapy in my final year, chairing the national student conference.

Since graduating I have continued studying and am currently working on my third postgraduate qualification. When I qualified I stared work with the Academy at Newcastle United and remained there for over four years. I was then appointed as the head physiotherapist at Hartlepool United. I left there to join Huddersfield Town in 2012 as head of the medical department in the championship. In 2015 I left there to join the medical department at Arsenal, working as a first team physiotherapist. I have also been fortunate enough to work as a consultant with the English Institute of Sport and more recently the Welsh national football team.