Teesside graduate on course for success

A Teesside University graduate who set up his successful escape room business through Launchpad has branched out into the world of mini golf. 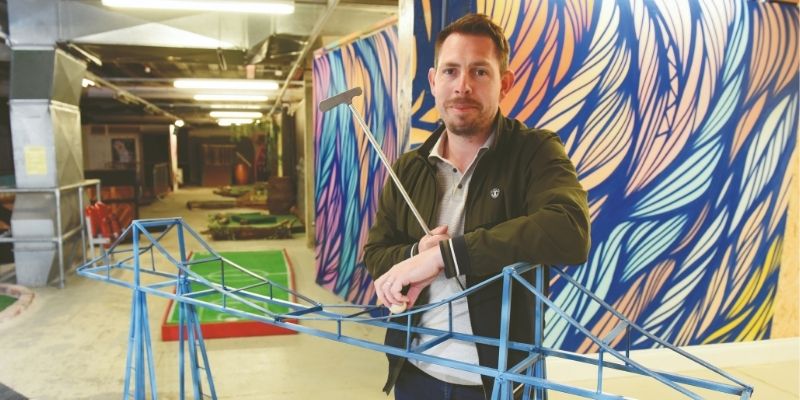 The pair have now launched Putter Chaos in Middlesbrough, an 18-hole adventure golf course which opened in April.

Teesside Launchpad, based at Teesside University, is a business start-up community on campus which provides affordable accommodation and professional advice and support for students, staff, and graduates.

Project Escape, above Middlesbrough’s Dundas Shopping Centre, has gone from strength to strength since it opened in 2017. It sees participants discover clues and solve puzzles in order to escape from a variety of themed rooms.

Due to the ongoing success of Project Escape, Nick and Graham have now expanded their business and opened Putter Chaos.

It is Middlesbrough’s first boutique adventure golf course with 18 holes designed with family fun in mind.

Teesside University has been incredibly supportive and the help and guidance we received from Launchpad when starting out was invaluable.

He said: “Our business is always evolving, and it is important to come up with new ideas to help us expand and give the local people something different”

“Teesside University has been incredibly supportive and the help and guidance we received from Launchpad when starting out was invaluable.”

“Project Escape has been a great success and we hope to be able to replicate that with Putter Chaos and provide an experience that friends, and families can enjoy together.”

Putter Chaos is located on Wilson Street above the Dundas Shopping Centre, the former site of the old B&M.

You can book slots or find out more on their website or by following them on Facebook.