An emerging playwright, director and filmmaker is challenging perceptions about what it means to be a working-class writer from the north, with her debut radio drama set to broadcast on BBC Radio 4 Extra. 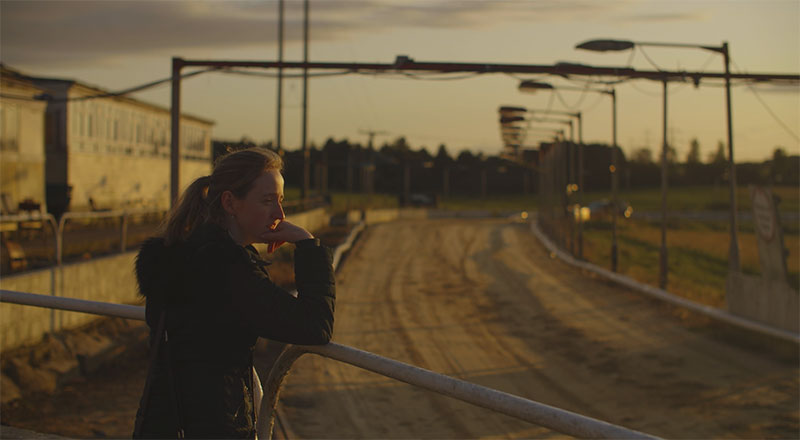 Talented Teesside University graduate Dr Louise Powell, 30, from Middlesbrough, was always passionate about writing, but didn’t always believe she could access the creative industries due to her upbringing.

She explained: “Growing up below the poverty line, I never saw lives like my family’s represented in books, TV or films – and that made me believe there was no place for someone like me in the arts or media.

“These attitudes seemed to filter through society and people around me. A judge for a writing competition once phoned me and asked if I really lived in Middlesbrough because they couldn’t believe that someone from the town could write like I did. At a careers fair, I was called a ‘silly little girl’ for wanting to be a writer.”

It’s Dr Powell’s own lived experiences that have made her feel so passionately about representing the working classes through her own work to challenge perceptions and stereotypes.

“I want to represent working-class northern lives with honesty and humour; to show our resilience and ingenuity in a way which challenges the ‘grim’ stereotype. I also want other people who belong to northern, working-class communities to recognise their own lives and stories, and realise the worth that those lives and stories have,” Dr Powell added.

“It’s a crying shame to think of all the voices and stories and potential which is being lost – so it’s vital that working-class lives, in all their variety, are represented in the media.”

Dr Powell’s radio drama, The Pitmen Flappers, is due to be broadcast on BBC Radio 4 Extra on 6 and 7 June. She pitched the idea to the BBC through the New Creatives initiative – an exciting talent development scheme co-funded by Arts Council England and BBC Arts that provides opportunities for up-and-coming artists aged 16-30.

The drama centres around the unlicensed greyhound racing track of Wheatley Hill in County Durham and follows ex-miner Jimmy (Tony Neilson) who falls foul of loan shark Big Phil (Jonathan Keeble). Jimmy and his wife, Lynne (Jacqueline Phillips), must come up with a plan to raise the money fast – and ultimately save the life of their greyhound, Tyson.

Unlicensed greyhound racing, or ‘flapping’, is a subject close to Dr Powell’s heart, having grown up racing dogs with her family at Wheatley Hill and Easington.

Dr Powell explained: “Though the characters of The Pitmen Flappers are fictional, I draw massively upon my childhood spent going flapping. I might have been too young to hang around the kennels like Jimmy or bet like Lynne, but I kept my eyes and ears wide open. A couple of the things I saw and heard made their way into the script.”

What I’m really trying to do is represent the sort of northern, working-class lives I never saw growing up, in the hope that it will encourage others from a similar background to take pride in their identities.

Through her writing, Dr Powell strives to show the richness of working-class communities in the north – and hopes to inspire the next generation of young creatives from the region.

She said: “The best compliment I can receive is to have someone say to me, ‘that’s just like my life’. What I’m really trying to do is represent the sort of northern, working-class lives I never saw growing up, in the hope that it will encourage others from a similar background to take pride in their identities.”

Dr Powell studied BA (Hons) English Studies at Teesside University, graduating with First Class Honours in 2014. She attended Teesside to stay close to home, where she is an unpaid carer for both of her parents, and she credits her course with helping her find her voice.

“English at university is not like what you are taught at school. There’s a perception that you only study texts, but there’s so much more to it than you might think. It challenges you to think about the way things are presented in the media, the way society is structured, and even the way we present ourselves,” Dr Powell said.

“I enjoyed the academic content of the course, but the best thing about Teesside was the staff. The lecturers were so welcoming and supportive – and I even had the chance to work as a research assistant for them during my studies.”

The Pitmen Flappers radio drama forms part of a diverse, broader body of commissioned and funded work Dr Powell has produced about flapping. It includes the short films, ‘This Place is Going to the Dogs’ and ‘This Used to Be A...’, an Arts Council funded novel, and a short narrative film under option.

Dr Powell added: “I don’t think I would be a writer if I hadn’t grown up working-class in the north. I write a lot in dialect, and my writing is influenced very strongly by the working-class, northern way of telling stories orally.

“My characters are a medley of people and stories and ways of speaking that I find interesting. Practically everything I write is drawn from real life: for example, the first sketch I ever had performed was inspired by a family friend’s rant. Inspiration is everywhere if you look for it.”